The Usambaras are considerably older than Mount Kilimandjaro and Mount Meru. Through the mountains were thrust upwards around 25 millian years ago, the rock which forms the mountains is at least 600 million years old.

The Usambara Mountains are an island in this archipelago where plants found stability and refuge during millennia of climatic change. The Usambaras have many unique plants species and are the source of the world famous Usambara (or African) violet. The Usambaras have abundant and diverse bird life and, according to experts, are one of the best places in Africa for bird watching. Lushoto District – long famous for its fruits and vegetables, produces most of Tanzania’s plums and pears. Much of the salad greens and vegetables used by top hotels and restaurants in Dar Es Salaam come from Lushoto.

The Usambaras are approximately 90 kilometres long and ranging from 30–50 kilometres in width. They are part of the Eastern Arc Mountains, which stretch from Kenya through Tanzania. The range is one of the world’s Biodiversity hotspots. The range is accessible from the towns of Lushoto in the west, and Amani in the east. The Usambaras are commonly split into two sub-ranges, the West Usambara Mountains and the East Usambara Mountains. The East Usambara are closer to the coast, receive more rainfall, and are significantly smaller than the West Usambara.

The Usambara Mountains are fairly unique in East Africa with their natural regions still covered in tropical forests, which otherwise continentally remain primarily in Western Africa. Considered tremendously significant ecologically and a Biodiversity hotspot. There are many protected zones throughout the range, which are being expanded and contributed to by the Tanzanian government, associated NGO’s and research teams, and donor countries such as Norway. Several species are endemic to the Usambara forests, including the Usambara eagle-owl, the Usambara akalat,(that’s a robin) the Usambara weaver, the African violet , the tree species Calodendrum eickii. (Wikipedia)

Nobody knows which people first settled in the Usambara’s, only that the ancestors of the present Sambaa people came hundreds of years ago. In the mid 18th century a Sambaa kingdom existed which had about 60.000 people. In the latter half of the 19th century it is reported that there was a lot of war and terror with neighboring tribes which ended with the German colonization. The Germans discovered the charm of the Usmabara’s and they established  Lushoto (during those days Wilhelmsthal) and it was a favoured holiday spot for colonial administrators. Today you still find many traces of the German times. Tanganyika became a British mandate territory after World War I. The British administration continued to reserve and exploit forests.  After independence in 1961 the Ujamaa politics or so called “African socialism”  of president Nyerere brought one of the best organized village communities in Africa which still exists today in the Usmabaras. (usambaramountains.com) 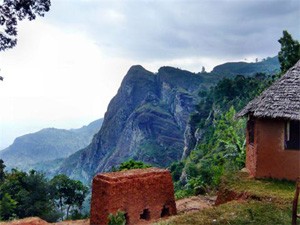 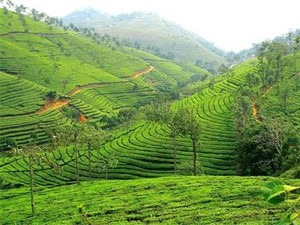 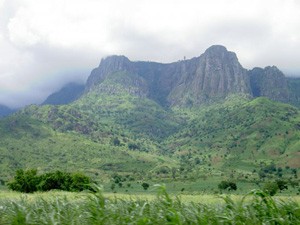 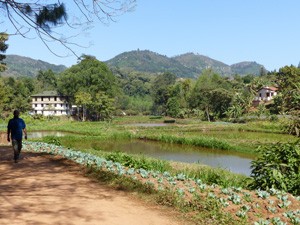