In Tanzania there live some 120 tribes. The term “tribe” is a common term which is also used by Tanzanians. Because of this diversity, customs and habits may differ in the different areas. Between rural and urban people there are even bigger differences. Here we talk about life of the average Tanzanian in villages and rural areas. 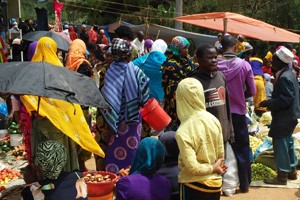 Family
Houses are small and serve more as night-quarters or shelter during the rain. Mostly people live outside. Life happens in the extended family. The chances to do something alone are limited and there is virtually no privacy. Everyone knows pretty much everything about everyone. Children learn very early that life has many different facets and how to deal with others who may be very different. Even small children are amazingly by themselves.

To greet
It’s more polite to greet each one in a group individually and not to say hello to everyone. Elder people, when they are sitting, will not be greeted from above – you better crouch. In the streets one greets not necessarily everyone. People greet thoroughly and with many mutual questions about the well-being of the children, the family, work and so on. Questions are not perceived as impertinent, but bear witness to the interest in the people, express respect and help building relationships.

The chances to do something alone are limited and there is virtually no privacy. Everyone knows pretty much everything about everyone.

Guests
If you are invited for the first time it is common to bring a small gift, such as candy or cookies, but not flowers. Even unannounced visits will be warmly welcomed and treated as hospitable as possible. In this case, to ask what the guest wants, is rude. A “Je, una shida?” (Do you have a problem?) Is allowed, but not “Unataka nini?” (What do you want?). Before and after eating there is a lot of talk. Therefore, it would be very rude if the guest leaved the house immediately after eating. Saying goodbye is like a ritual: In any case, the host starts with goodbye, not the host. He says that he has to go now, but he does not. Later he mentiones again to have to go soon. This procedure can certainly drag on even one hour. Only then he really start to leave. 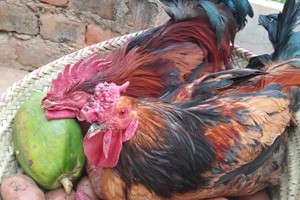 People eat with their fingers, and even if they use cutlery, a bowl of water is passed around for washing hands. Licking your finger is unappetizing in the eyes of the Tanzanian. The left hand is used for example to take bones. But you never use it to take food from the bowl. Often and regardless of religion, men and women eat separately.

To borrow
You cannot expect to get back borrowed stuff. You can politely ask for objects that you really need yourself. Other stuff should better be let gone in peace. Things you cannot do without you should not give out of hand.